We are thrilled to welcome Danielle Alvarado as the new Executive Director of Working Washington & Fair Work Center.

Danielle has more than a decade of experience working in the movement for racial and economic justice. And she knows our organization inside & out: since 2019, she’s been our Legal Director.

Leading our legal team, she has supported WA workers in recovering over $1.5 million in stolen wages, and has expanded our ability to represent workers in wage theft, harassment, and retaliation cases. She has also shown a deep commitment to putting the needs of immigrant workers and workers of color front and center in our organizing. This past year, she helped co-lead the broad coalition of community organizations that won $430 million in pandemic relief for undocumented workers excluded from government relief programs.

Born and raised in San Jose, California, Danielle became the first lawyer in her Mexican-American family in order to support organizing and build power in communities like the one she grew up in. She has spent her career supporting worker centers all over the country and has dedicated herself to learning about the many different ways workers are successfully building power. 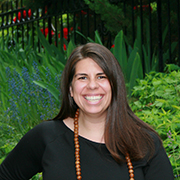 “I believe that workers are experts in their own lives — that those of us who are closest to the problem should be the ones to identify and build solutions. That idea has long guided our organization’s work and victories, but there’s still so much more we can do to ensure the voices of those who’ve been excluded from conversations and decisions about their lives —  immigrant workers, workers of color, LGBTQ+ workers, disabled workers, and so many others — are put front and center.”

Danielle steps into this role at a time of ongoing crisis for workers. But despite the challenges we’re facing, we know this from experience: when we organize together to demand big changes, we win big. Danielle comes prepared and fired up to continue the work of building power and winning transformative changes for working people across WA.

But we’re up against billionaires and wealthy corporations — and that means victories will take resources. If you are able, show your support for Danielle and her leadership by contributing to a new Transition Fund that will ensure we have the resources we need to continue fighting for a just and equitable recovery from this pandemic crisis.

Thank you for being a part of it all,

P.S. Want your full-time job to be building worker power with Danielle and the rest of the team at Working Washington & Fair Work Center? We are hiring for new legal clinic leadership and for two campaign organizing positions.