Today, Seattle Mayor Jenny Durkan and Seattle City Council, led by Councilmember Teresa Mosqueda, proclaimed September 23, 2019 to be Seattle Nanny Day. The proclamation comes as a part of National Nanny Recognition Week, a national effort to lift up and honor the work of nannies of the homes of millions of families across the country. While Seattle recently adopted a Domestic Workers Bill of Rights, providing minimum wage and other basic standards to domestic workers in our city, most domestic workers around the country are excluded from federal labor standards.

“Thank you very much for giving nannies the recognition that our hard work deserves,” said Sandra Holten, nanny and member of the Seattle Nanny Collective. “Of course, we are proud to lead the way here in Seattle, but we ask you to join us to fight for the rights of domestic workers throughout the country.”

More than 2.5 million domestic workers across the country provide care to our children, our elders, our homes, and more. And yet nannies, housecleaners, and home care workers lack any protections under federal labor laws. So, in addition to recognizing and praising the work of nannies in Seattle, the Seattle Nanny Day Proclamation also calls for the passage of Congresswoman Jayapal’s Domestic Workers Bill of Rights Act. This bill would ensure nannies and domestic workers around United States have the same protections and standards as those here in Seattle. 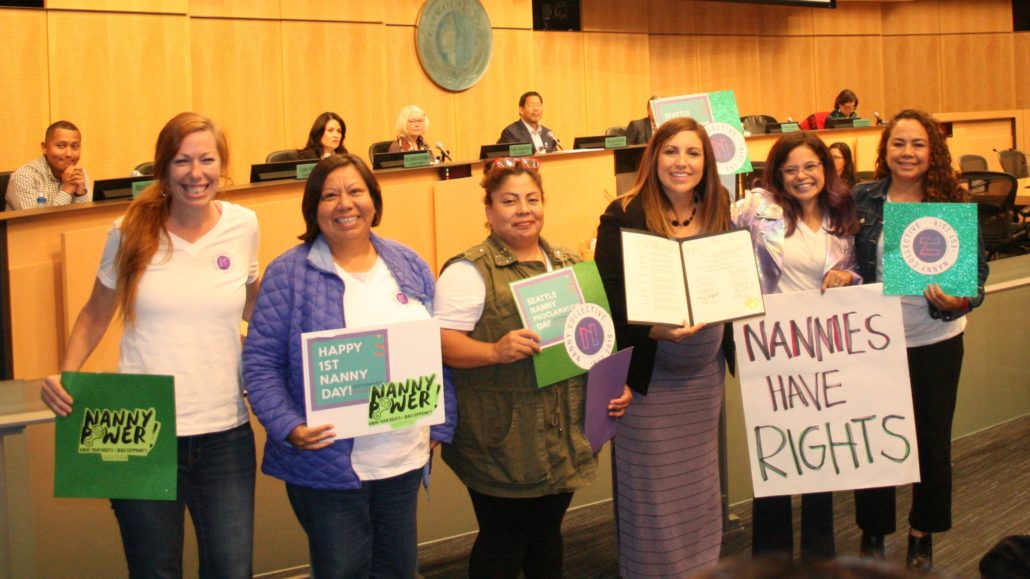 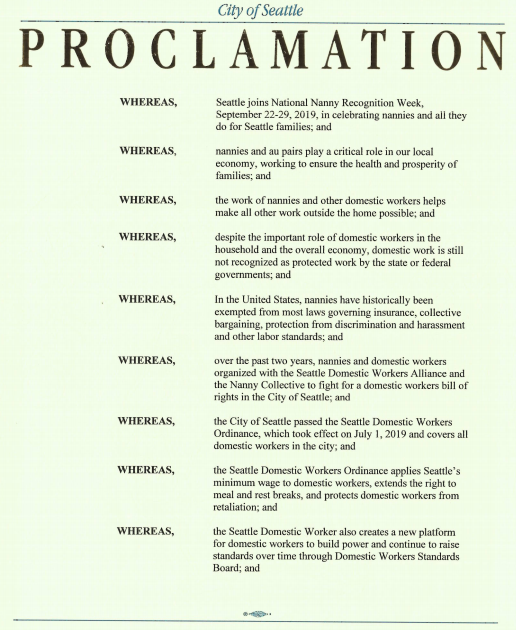 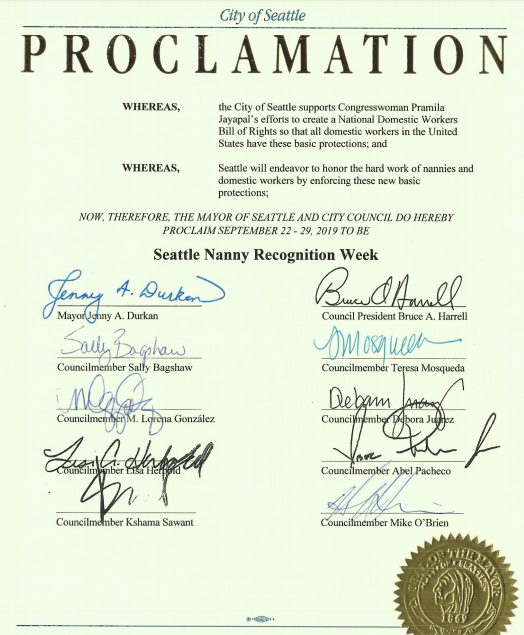