Greetings and welcome to the Fall edition of the Fair Work News! 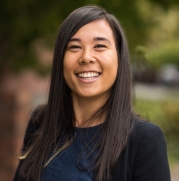 When Fair Work Center opened its doors in April 2015, we had an ambitious vision: a future where every worker in Seattle knows their rights and has the tools to exercise them.

With your support, we are making incredible progress towards realizing our ambitious early vision. So it is with tremendous pride to announce that, after three years as executive director, I am moving on to new challenges with the goal of building a better future with policy advocacy.

Over the past 30 months, we grew from a staff of three people to 11 people, and we have launched several exciting initiatives. Some of my personal highlights include:

I recently reviewed the initial three-year strategic plan laid out for this organization, and I’m proud to say that we met every goal laid out in that plan. I was recruited to this position to help create a new and innovative labor standards enforcement organization. We have done that. All of this work has been artfully executed by a visionary and talented team of people, and it is time for the next phase of this organization to continue under new leadership. My last day at Fair Work Center will be on November 22nd. However, I will continue to support our visionary board of directors and the organization’s new leadership through the end of the year.

As a gesture of my enduring commitment to the success of Fair Work Center, I am signing up to be a monthly donor. I hope you will join me in matching my gift at $20 a month – please consider donating today!

Thank you for your support of Fair Work Center.