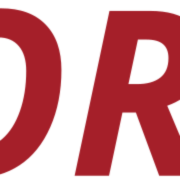 In 2018, nannies and housecleaners with Working Washington & Casa Latina won the Seattle Domestic Workers Bill of Rights, ensuring domestic workers are covered by basic labor protections like minimum wage laws, paid rest breaks, meal breaks, and more. This victory overcame the racist exclusion of domestic workers — most of whom are women, people of color, and immigrants — from our most basic labor standards.

As part of that victory, we won the creation of an innovative, first-in-the-nation Domestic Workers Standards Board: a place for workers and employers to come together and make formal recommendations to the city about how we can continue improving conditions for workers.

Three years later, how’s it going? Over the past few months, nannies and housecleaners have come together on a list of recommendations to the city, focusing especially on the widespread lack of paid time off in the industry. Nearly two-thirds of nannies and house cleaners in the Seattle area can’t take paid time off when they’re sick to stay home and get healthy.

The Standards Board is proposing a new paid time off system that travels with workers as they travel from job to job. The way this “portable benefits” plan works, you can take sick days even if you don’t have a full time job and might not otherwise qualify for time off under current Seattle law.

There are still plenty of steps to go before portable benefits are a reality in Seattle. But we’re already building something big — it’s a movement that’s changing fundamental things about how decisions typically go down in the halls of power. Instead of politicians making decisions about us but without us, the standards board model puts workers’ voices front-and-center in the conversations that impact our lives.

Together, we’ll continue to make sure politicians here in WA are following our lead.

P.S.— Curious to learn more about how workers are leading the way with the innovative standards board model? Click here to read this article in Bloomberg from back when the board first launched in 2018.