It’s now official: across the country, it is illegal for your employer to fire you or otherwise discriminate against you based on your sexual orientation or gender identity. That’s because of a ruling last month by the US Supreme Court, a landmark civil rights victory that will protect millions of workers across the United States from unlawful discrimination. 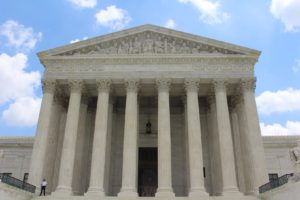 LGBTQ workers are protected from employment discrimination. Your employer cannot discriminate against you based on your sexual orientation or gender identity. This covers all aspects of your employment, such as in applying and interviewing, hiring and firing, discipline, promotion, layoffs, and work environment.

State law also protects your right to stand up for your rights on the job. That means your boss can’t retaliate against you when you raise concerns about discrimination you’re experiencing at work.

In addition to protections from employment discrimination, LGBTQ people in Washington also have the right to be free from discrimination in other key aspects of life:

If you are being discriminated against because of your sexual orientation or gender identity, we encourage you to reach out to Q Law or the Lavender Rights Project. Our legal clinic would normally be a resource as well for employment-based discrimination you may be experiencing, but we are currently closed to new cases as we manage a large volume of other cases.